Warning: count(): Parameter must be an array or an object that implements Countable in /home/customer/www/condoinfo.ca/public_html/wp-content/plugins/redux-framework/redux-core/inc/classes/class-redux-output.php on line 390

If you are thinking to buy New Construction Condominiums, you may want to think again until you understand all of the information.  It is not an easy flip and walk away with thousands of dollars.  First and foremost once you put down your stream of deposits ie. 10% on signing, then another 5-10% and another a few months  later until you have anywhere from 20% to 25% full deposit on the condo.  Then you wait for ground breaking, when the Builder starts the project moving from Underground levels to Penthouse can take years.  On an average it is about 3 years of Construction before you receive that call to sign off on Occupancy.   What is Occupancy, it is the period of time when the Builder is not completely finished but your floor is so moving up the ladder from the 1st-2nd floor you will have to take Occupancy which means that your monthly loan payments will begin payable to the Builder, calculated with an interest rate that the Builder determines on the outstanding balance of your purchase price less your deposit of course.

On the lower floors there is substantial monies paid for occupancy while the higher floors have some relief other than the fact they probably paid approx. $1,000 – $1,500 per floor on original purchase.

During the Period of Occupancy the Buyer can live or leave the unit vacant.   The payment per month with Occupancy is starting to escalate into the Buyers profits so the Buyer decides to rent the unit to a Tenant.   A total NO NO unless the Buyer received Builder approval, the Buyer cannot just rent out the unit.  Remember at this time, the condo unit simply belongs to the Builder and the Owners I simply an occupant of the condo suite through occupancy and his/her Purchase Agreement.

This is not what the Buyer bargained for, buying new construction so the Buyer decides to List the Condo For Sale.  Remember the condo still belongs to the Builder so the Builder has to approve the Sale but it is not a Sale, it is an Assignment of the condo from the Present Buyer to the New Buyer with the Builders approval.

Now we get very confusing, Assignment Deals are very difficult.  The original buyer wants out of the picture and simply only wants to transfer the contract and get back their deposits and hopefully make a few dollars in the transaction.  Well first and foremost, the new Buyer needs the full deposit monies which includes

Too many people get caught up on Flipping Condos and going into New Construction without knowing the Rules.  A lot of stress and lost monies can ultimately hit you hard if you are not informed.  If you can take the option of renting the condo with the Builders approval, remember that unit is now deemed as an Investment condo and you will be charged Full HST on the Purchase Price at the time of Closing your transaction and your Mortgages are in place.  The Provincial Government does have a system to reimburse HST however you cannot apply til after payment is made.

Remember to declare your profits and take a look at Capital Gains Taxes.  Here is an interesting article. 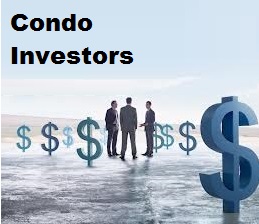 You just sold your condo, you made a hefty profit and know you have to pay your taxes.  The bill might be more than you think.

If it’s your principle residence, there’s no tax, as long as you have the paperwork to prove it. The Canada Revenue Agency is taking a closer look at the condominium sector in what some in the industry have dubbed the “Condo Project.”  Even if you own up to it being an investment property, you may not be allowed the capital gains tax break and that means a bigger hunk of your profit going to Ottawa.

Not so fast! If the CRA says you are in the business of flipping condominiums, get ready to pay based on the gain being counted as income for a tax bill of twice the amount at $46,000. And, it gets worse. You could also face a fine of up to 50% of the tax owed for making a false disclosure.

With the deadline for filing taxes coming up April 30, you might want to think very carefully about how you record that housing sale you made in 2012.

Sam Papadopoulous, senior public affairs advisor-manager with CRA’s Ontario region, acknowledges that the strength of the condo sector has attracted the attention of the taxman.  “We do from time to time target some sectors more closely than others,” he said. “We look at the real estate market in general. Of course, [there is more focus], it’s a hot market.”  People in the industry have a different view.  Some suggest it fits in with the recent budget when Jim Flaherty, the finance minister, announced his government was taking a closer look at loopholes and tax cheats — hoping to shrink its deficit in the process.

One of the issues attracting the attention of the CRA is assignment clauses, where one person agrees to purchase a condo before it is built but ultimately sells his or her right to buy that condo before the building is even registered.

Builders usually collect a fee for that privilege but ultimately when title is registered at the land registry office the original purchaser’s name is nowhere to be found.  While most builders are unlikely to voluntarily supply a list of properties in their building that were assigned, they could be forced to cough it up if they are audited by the CRA.

Those people who have assigned their units to another buyer are going to be hard pressed to prove they planned to use the unit as an investment property rather just flipping — meaning the CRA is highly unlikely to allow them to count money made at the lower capital gains rate.  “If you keep [assigning property] then it is not capital gains, that’s trade and that’s income,” said Mr. Papadopoulous, adding you do it a “couple of times” and it’s income. “Of course, that’s part of [what they are investigating].”  The warning to people flipping property and thinking they can get away without reporting the gain is pretty clear.

“We live in the information technology age,” said Mr. Papadopoulous, who wouldn’t get into how CRA is tracking down the tax evaders. “We are putting our resources to work and following the trail where we can.”

David Chodikoff, a tax lawyer and partner at Miller Thomson, said he’s seen the CRA go after people who have been living in a property and still question it as a principal residence.

CRA starts with a letter to a taxpayer asking them for details about when and why they sold their property and people often fill out the questionnaire without legal advice.  The issue goes all the way back to 1971 when there was no tax at all on capital gains so everybody tried to avoid counting gains as income.  Mr. Chodikoff says the distinction between income and capital is as simple as the difference between a tree and the fruit that it bears.

“The tree is capital and it produces a fruit and the income is the profit that is derived when that fruit is sold,” he says.  If your condo is that tree and your rental income is the fruit and you make a profit from that rental income, that’s taxed as full income. You eventually sell the tree for more money and that’s just a capital gain, taxed at the 50% rate.

If your entire businesses is just trading trees and not producing fruit, that’s business income.  “The Income Tax Act asks what was your intention when you bought that condo,” said Mr. Chodikoff. “These principles are easy to describe but harder to prove in fact.”  The law is like a civil case, a judge doesn’t have to believe you beyond a reasonable doubt, but a judge does have to conclude you are more believable than the CRA.

“We have to bring all kinds of intrinsic evidence,” says Mr. Chodikoff, noting some clients will produce something as simple as a change in address on their driver’s licence to show they were using their condo as a principal residence.

If you never actually moved into the condo, it’s going to be tough to prove that it was principal residence.  You may never have produced income from the profit but that’s not to say you didn’t plan to, so perhaps you could get the capital gains exemption.  “The question can be ‘how did they come to sell the property,’” said Mr. Chodikoff, adding the CRA might look at whether you were advertising the property for sale.

Brian Johnston, chief operating officer of Mattamy Corp., says the CRA has ways to get information on sales.  “They audit real estate companies, look at the name on the contract and look at the final deed and see a difference,” said Mr. Johnston. “They see Bill Smith bought it and Joe Blow is on the deed. They want to know how this happened and follow the paper trail.”  He has some sympathy for consumers confused about the whole process.

“I think the government should make it a little simpler in terms of filing for principle residence exemption,” said Mr. Johnston. “It’s a real gray area of the law. The government has not done a good job for Canadians trying to specifically identify all the rules around [selling homes and paying taxes]. People might have inadvertently made mistakes.”

Condominium developer Bard Lamb, who has been audited several times, said ultimately it’s better to be more conservative when you’re filing — meaning just count the gain as income if you are in doubt.  “If you are prolific buyer or seller of properties, whether it’s condos or not, you have to govern yourself accordingly. If you don’t, you’ll get caught and be fined,” said Mr. Lamb. “I decided many years ago when I started buying condominiums, after talking with my accountant, you can pay [lower tax] or you can fight 50 years with Revenue Canada.”